Hello everyone! I know it’s been a bit since I last posted on my blog. I’m going to be posting again soon but for now, I just wanted to give you a little update. I’m currently just working and doing side jobs each week. I’ve been reading a TON and posting daily over on my Instagram. I’m about to sign up for the Spring semester and I’m super excited to be in school again. If you didn’t know, I had to take a semester off for personal reasons. I’ve been going to the library so much so I’m getting closer and closer to my Goodreads goal! I don’t know why I haven’t posted since I do have time, but I’ve been focusing on my Instagram and my writing whenever I have free time. I really need to blog again though so I’ll be back!

Anyway, onto the giveaway! I am hosting a giveaway for the book “Three Women” by Lisa Taddeo. If you’re interested, you must enter over on the Instagram post.

This giveaway ends on OCTOBER 20th at 3pm EST. All entries must be in before this date and time.

Make sure to follow all the rules to be entered! Good luck 🙂 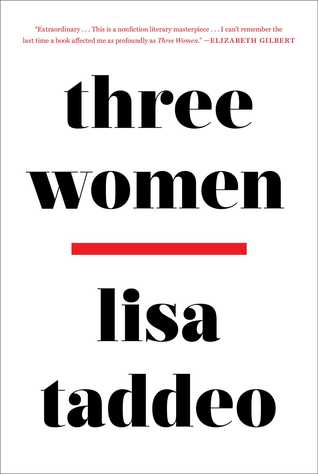