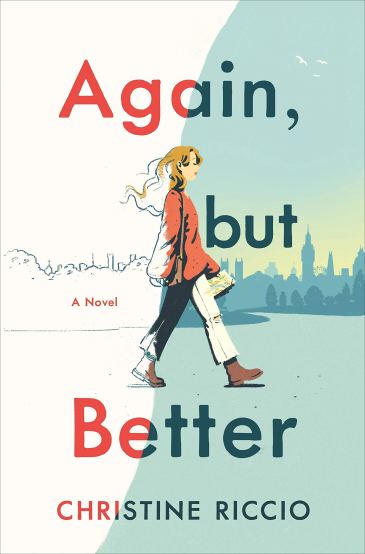 “Shane has been doing college all wrong. Pre-med, stellar grades, and happy parents…sounds ideal — but Shane’s made zero friends, goes home every weekend, and romance…what’s that?

Her life has been dorm, dining hall, class, repeat. Time’s a ticking, and she needs a change — there’s nothing like moving to a new country to really mix things up. Shane signs up for a semester abroad in London. She’s going to right all her college mistakes: make friends, pursue boys, and find adventure!

Easier said than done. She is soon faced with the complicated realities of living outside her bubble, and when self-doubt sneaks in, her new life starts to fall apart.

Shane comes to find that, with the right amount of courage and determination one can conquer anything. Throw in some fate and a touch of magic – the possibilities are endless.”

I was kindly sent an e-arc of this book by the publisher through NetGalley. The opinion is my own.

THIS REVIEW IS SPOILER FREE!

I have been following Christine on social media for so long so I’ve obviously been following her writing series since the beginning. If you’re not familiar, Christine has made writing videos from the moment she started her book and they’re still ongoing. It’s been such an interesting journey to watch Christine struggle with drafts and rewrites to finally getting to sign her first ARC at Yallfest. Once we were finally given the description of her book, I pre-ordered it immediately.

I loved the idea of uncertain 20 year old who decides she’s going to study abroad in hopes to meet new people, make new friends, and learn about something she’s truly passionate about. Also, maybe find an incredibly cute boy on the way. As a clueless almost 20 year old, I needed to finally read something like this.

I’m going to quickly get out some of my more negative thoughts and disclaimers first before anyone thinks my rating doesn’t match up. I gave this only 4.0 stars because I had some minor issues with the book that I would if this was any author. I’m not being extra nice because I follow Christine and love her. I truly did love this book but we’ll get into that in a second.

Now, onto the things I loved!

Christine did a WONDERFUL job with character development and growth. Christine was able to portray Shane’s inner thoughts constantly but not in a way it was overwhelming. Shane is a very anxious and thoughtful person. She’s in her head a lot and she comes off as almost naive or innocent? She’s extremely passionate about writing and knows the direction she wants to go in, but is held back by her family. I feel like Christine’s style of writing went perfectly with the personality of her main character. She’s funny but also incredibly nervous that makes the situation awkward but not too awkward. Since her character is funny, this book made me laugh out loud a few times. I even laughed reading the acknowledgements.

As for Pilot (the love interest), his character fell flat for me. He wasn’t that interesting or anything. He was an average character who played character. I found their banter really cute and they have some adorable interactions but overall, he’s just okay. It’s hard to talk about their relationship without spoiling anything but I feel like people blame Shane too much for his actions. It’s common people always blame the woman but I hope future readers understand her situation more than the reviews I’ve seen recently. Oh, they also totally remind me of Ross & Rachel from the TV show Friends. I’ll go more into this in my spoiler review. I also can’t forget her roommates! I liked the Disney roommate but I found it hard to like them in the second half of the book. Nothing against the book personally but some of their actions just royally upset me. You’ll understand immediately whenever you read the book.

On a personal level, this book is incredibly relatable. There isn’t enough college related books so being able to read a college student with pretty obvious anxiety was nice. It also makes me long for studying abroad even more. It brought me into a world I wish I lived in for awhile but took a spin near the end. There is a plot twist that most probably won’t see coming but I did. It seemed pretty obvious to me from the moment a certain character was introduced but I think this ending makes the book so much better. I think it helped the story a ton and was definitely the best part. If this book didn’t take that turn, this would’ve been a three star book for me. But, I ended up finishing this book all in one sitting once I reached part two. I loved it. It becomes so much more emotional and raw than the beginning and it had the type of ending I loved. It’s those endings you never see coming or the ones you don’t exactly wish for. Christine did an excellent job of ending this story and wrapping things up. This book portrayed a lost college student in the most satisfying way. From dealing with her family, her major, her friends and her love life, it was all so lovely. I definitely can’t wait for others to read this to hear their thoughts!

Find Again, But Better at your local bookstore!