WELL, it’s that time of the year again. It’s hurricane season and since I live in Florida, we’re already being hit. This time, the hurricane is called Dorian and it’s set to make landfall at a category 4. This is obviously a VERY bad hurricane and everyone here is getting prepared. They’ve changed the day it’s supposed to hit several times so I’m not entirely sure but I decided to share with you all the books I’m currently reading and will probably be reading if I lose power lol.

“On a warm summer morning in North Carthage, Missouri, it is Nick and Amy Dunne’s fifth wedding anniversary. Presents are being wrapped and reservations are being made when Nick’s clever and beautiful wife disappears from their rented McMansion on the Mississippi River. Husband-of-the-Year Nick isn’t doing himself any favors with cringe-worthy daydreams about the slope and shape of his wife’s head, but passages from Amy’s diary reveal the alpha-girl perfectionist could have put anyone dangerously on edge. Under mounting pressure from the police and the media—as well as Amy’s fiercely doting parents—the town golden boy parades an endless series of lies, deceits, and inappropriate behavior. Nick is oddly evasive, and he’s definitely bitter—but is he really a killer?

As the cops close in, every couple in town is soon wondering how well they know the one that they love. With his twin sister, Margo, at his side, Nick stands by his innocence. Trouble is, if Nick didn’t do it, where is that beautiful wife? And what was in that silvery gift box hidden in the back of her bedroom closet?

With her razor-sharp writing and trademark psychological insight, Gillian Flynn delivers a fast-paced, devilishly dark, and ingeniously plotted thriller that confirms her status as one of the hottest writers around.

One of the most critically acclaimed suspense writers of our time, New York Times bestseller Gillian Flynn takes that statement to its darkest place in this unputdownable masterpiece about a marriage gone terribly, terribly wrong. The Chicago Tribune proclaimed that her work “draws you in and keeps you reading with the force of a pure but nasty addiction.” Gone Girl’s toxic mix of sharp-edged wit and deliciously chilling prose creates a nerve-fraying thriller that confounds you at every turn.”

I have this as a downloaded audiobook so I’m not sure if I’ll be listening to it a lot since I have to save my battery power but who knows! I’m hoping we don’t lose power but we always lose power. I’m actually already like 33% into this book and I’m really enjoying it. I’ve never really been a fan of thrillers/mysteries but I recently read Sharp Objects by Gillian Flynn and I really love her writing style. I used to have a physical copy of this book that I thrifted but I got rid of it because I never thought I’d read it. I wish I kept it! So far, the audiobook is fantastic so I’m not too angry. 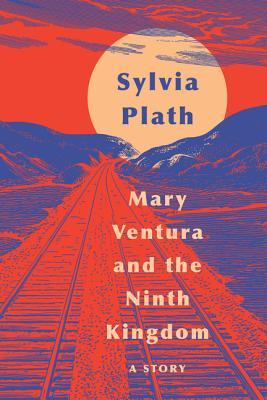 “Never before published, this newly discovered story by literary legend Sylvia Plath stands on its own and is remarkable for its symbolic, allegorical approach to a young woman’s rebellion against convention and forceful taking control of her own life.

Written while Sylvia Plath was a student at Smith College in 1952, Mary Ventura and The Ninth Kingdom tells the story of a young woman’s fateful train journey.

Lips the color of blood, the sun an unprecedented orange, train wheels that sound like “guilt, and guilt, and guilt” these are just some of the things Mary Ventura begins to notice on her journey to the ninth kingdom.

“But what is the ninth kingdom?” she asks a kind-seeming lady in her carriage. “It is the kingdom of the frozen will,” comes the reply. “There is no going back.”

Sylvia Plath’s strange, dark tale of female agency and independence, written not long after she herself left home, grapples with mortality in motion”

I also have this on audiobook and it’s only about 44 minutes long so there’s no doubt I’ll finish it this month! I recently read the Bell Jar by Sylvia Plath and really enjoyed it so I thought I’d pick up one of her short stories.

“Christopher is seven years old. Christopher is the new kid in town. Christopher has an imaginary friend. The epic work of literary horror from the #1 bestselling author of THE PERKS OF BEING A WALLFLOWER.

We can swallow our fear or let our fear swallow us.

At first, it seems like the perfect place to finally settle down. Then Christopher vanishes. For six awful days, no one can find him. Until Christopher emerges from the woods at the edge of town, unharmed but not unchanged. He returns with a voice in his head only he can hear, with a mission only he can complete: Build a tree house in the woods by Christmas, or his mother and everyone in the town will never be the same again.

Soon Kate and Christopher find themselves in the fight of their lives, caught in the middle of a war playing out between good and evil, with their small town as the battleground. “

I’ve been reading this for a bit now. I’m at like 17% through an e-arc that I have. I need to focus on it and only read this considering its like 800 pages but you know. I’ve just been reading bits of it at night. I’ll have a review for this near the release date!

If any of you are in the path of Hurricane Dorian, please BE PREPARED. Here’s a list of things you can get in order to be ready for this hurricane. I live in Florida and we got our supplies ready in case anything happens. Stay safe!

3 thoughts on “What I’m Reading During Hurricane Dorian”